Though many people might prefer rom- coms or action movies, thrillers have their own fan base. Nowadays, thrillers are in the league. Bollywood has its collection of such movies, which have intriguing stories engrossing the audience. The storyline is enthralling, but the mystery revealed at the end of the film is held intact through all the twists and turns in the movie. Below mentioned is the list of seven griping Bollywood thriller movies on Netflix.

Starring Pankaj Tripathi, Ragini Khanna, and Akshay Oberoi, Gurgaon is a concealed gem among the many other Netflix titles. This movie’s storyline is based on a business tycoon, Kehri Singh, Nikki Singh, and Preet Singh. The movie is set in Gurgaon. The main focus of this film is on human greed and the way it overpowers family ties. There is a significant turn of events when Preet gets kidnapped by her brother, which adds more fuel to the story.

Meghan Gulzar directed Talvar. It is a real-life double murder case from 2008 portrayed well by Irrfan Khan. The case remains unresolved to date. It is based on the detailed points of this case when the body of a 13-year-old Aaruchi Talwar and her house help, 45-year-old Hemraj Banjade, is found and poses a compelling case for Noida police. As the story proceeds, all the revelations made are too painful and can probably not be imagined being real. The actor’s depiction of the prying police officer is far more stimulating, which adds to the film’s mysterious nature.

Bhool Bhulaiyaa is the perfect mix of comedy and horror. This thriller is a remake of a south Indian movie. The film features Vidya Balan, Akshay Kumar, and Shiney Ahuja in lead roles. The movie is about an enduring spirit in a lavish palace. Manjulika is the name of the spirit which spreads terror among the people in the palace only to hunt for revenge against the person who killed her lover years ago. The acting done by the assembled cast is applause-worthy and draws in the audience for continuing the movie though it is frightening.

Drishyam breaks all the mystery-thriller genre records by teaching all the characteristics and making it a very captivating movie. This movie is also a remake of a south Indian movie. This movie requires one’s undivided attention, and no disturbance must be caused while watching it. It is based on the accurately described and perfectly planned scenario which looks so real. The facts in the movie are fabricated to depict an artificial scenario in the long run.

Another thriller movie, Kahani, has been rated as the best one among all others in Bollywood. Not only this, this movie is entitled to become a comparison scale for other thriller movies. This movie has achieved three national film awards in its name due to its enthralling captivity of the twists and turns, which keeps the audience guessing about other events, and Vidya Balan’s acting adds the icing on the cake. The movie’s plot is based on a pregnant woman who takes a trip to Kolkata to find her gone astray, husband.

Talaash is yet another movie that drags mystery right until the very last scene. Grab everything you need from popcorns to drinks to pillows and blankets and dive right into this fantastic reel. The movie features Amir Khan as a police officer, and Rani Mukherjee and Kareena Kapoor play vital supporting roles. The story revolves around one actor’s mysterious death, which khan, like a police officer, is working on, and he is also dealing with coming to terms with his son’s death.

Badla has Amitabh Bachchan and Taapsee in lead roles. This movie is gushed from the 2017 Spanish movie The Invisible Guest. It is based on a suspicious murder, and the key suspect of this murder is Pannu’s personality. The role of a lawyer is played by Bachchan, who keeps questioning the suspect and, at last, pushes her to reveal the whole truth. The movie has a thrilling courtroom drama as its climax point.

Do watch these movies for a beautiful, thrilling experience. All of the movies that have been mentioned above have varied storylines and unexpected plot twists. 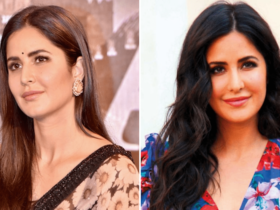