“Age is just a number,” we have heard this many times, but our veteran actors have proved that a person is never too old to take care of their physical health. Many actors in our Bollywood industry have great metabolism even after crossing the age of 60 and are physically none the less than, the younger ones.

7 Fittest Bollywood actors in their 60s

At the age of 63, he still looks so young as he used to in his initial days. Activities such as running, cycling, and others help the actor stay at his fitness game’s peak. From uploading shirtless images to gym videos, he keeps his insta-fam updated and motivates many people of varied ages. With such strong will inside, he indeed is one of the people to look upon as an idol in Fitness and acting.

The legendary actor is turning 70 this December, but he’s still inspiring millions of people worldwide. Recently, we saw him in an episode of Into The Wild With Bear Grylls. He did some breathtaking adventure and proved that age is just a number. Earlier, workout pictures for his movie have gone viral. According to numerous reports, he performs yoga and frequently swims apart from working out to maintain his physique.

The actor well known for his aggressive performances recently turned 64. Many pictures of him went viral, and he’s looking like someone who just turned 46, not 64. He told the media that fitness is an addiction for him. If he doesn’t work out, he doesn’t feel energetic throughout the day. According to several reports, he works out with weights and plays sports in the morning to keep himself fit.

At 78, Amitabh Bachchan is the oldest actor on this list, but his fitness levels are at par with people half his age. He’s the oldest actor on the list at age 78, but his fitness game is still strong compared to his peers this age. He is currently busy with shoots of the latest season of Kaun Banega Crorepati. He loves to keep his fans updated, and earlier, he shared his gym selfies in front of the equipment, motivating everyone to exercise and stay fit. He even states that his morning begins with gym sessions doing pranayama in one of his blogs.

The actor shares motivation posts and his workout routines on social media. He has started boxing, lifting weights at the age of 65. During this lockdown, he worked out and took good care of himself and increased his fitness game. In 2016, he shared his transformation pictures and revealed that he got rid of potatoes, rice from his diet, and lost around 14kgs.

The actor who has been inspiring people for a long time is on top of his fitness game. Time and again, his pictures have proved that age is just a number. According to media reports, he performs yoga for at least 15 days a month. While Tiger Shroff impresses everyone with his physique, his 63 old father is not far behind him in the fitness game.

The 60-year-old actor who is well known for portraying the role of Duryodhan in Mahabharata is a fitness enthusiast with an incredible physique. His workout regime includes swimming, weight lifting, martial arts, and yoga. An article states that he converted this garage into a gym during the lockdown, and he describes it as his iron paradise. 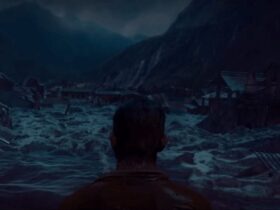