Chup marches towards a massive advance booking of whopping 1.25 Lakh

To everyone, their friends are as important to them as their family. They can be either childhood friends, school friends, or college friends, but they are the ones who can be trusted and with whom we can share all our problems.
So, here are some of the best friendship movies that provide a prodigious experience about friendship to the onlookers.

Sholay, which is considered one of the most iconic films, is an action and adventurous movie directed by Ramesh Sippy. The movie starred some of the best actors like Amitabh Bachchan, Jaya Bachchan, Sanjeev Kumar, Amjad Khan, and Hema Malini. The movie is well-known for the friendship of Jai (Amitabh) and Veeru (Dharmendra). The movie portrays the two criminals(Jay and Veeru) to capture Gabbar Singh. A most famous dialogue from the movie,” Ye hath humko dense Thakur,” gave immense glorify to the movie.

The movie seemed to have a love triangle involving Shah Rukh Khan as Rahul, Kajol as Anjali, and Rani Mukerji as Tina. The two best college friends separated when Anjali left the college because Rahul fell in love with Tina Malhotra. But after years, their friendship wins over their love when Rahul’s daughter reunites both the friends and falls in love again.

This is one of the best patriotic movies, which is heart-touching and a thriller one. This movie has certain good points, which made everyone watch this movie every time. It motivates all generations by knowing that what youth thinks, acts, and reacts to.

Hit Sanjeev Kumar Movies List To Take You On Nostalgia

The movie revolves around the three childhood friends Hrithik Roshan, Abhay Deol, and Farhan Akhtar, who set off for a holiday in Spain after Kabir’s Engagement. Their trip was adventurous as each of them has chosen one task, which is to be performed by three of them. One of them had found his love while the other of them had cleared some misunderstandings. The movie came out with the best classic and rocking music.

The movie celebrates the friendship of two people Munna Bhai and circuit. In both movies, Munna Bhai and Circuit were available for each one of them in need.

Golmaal series is a comedy-drama movie that Rohit Shetty directs. In Golmaal, all the four characters are shown as a foe to each other, but if anyone is in difficulty, the rest unite to help him.

3 Idiots showed three friends Aamir Khan as Rancho, R.Madhavan as Farhan, and Sharman Joshi as Raju, who studied in the same engineering college. In the beginning, the three of them were shown as backbenchers in the college, but in the end, they were the most successful people. This movie has demonstrated that college friends are always there for you no matter what the circumstance is. The movie also has very popular rocking music
based on life. 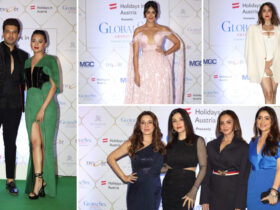