The following article on Sadak 2 Trailer does not intent to promote the movie. We respect the everyone’s opinion of boycotting or supporting the movie. Team Filmee Keeda is dedicated to review the content and the characters of the movie/ TV Show.

Sadak 2 is story of 3 people who are on a journey of truth. The movie accompanies three stories and how everyone gets involved together in one Journey. The movie is directed and produced by Mukesh Bhatt and has the following actors playing various caharcters in the movie – Sanjay Dutt, Pooja Bhatt, Alia Bhatt, Aditya Roy Kapur, Jisshu Sengupta, Makarand Deshpande, Priyanka Bose, Mohan Kapur, Gulshan Grover, and Akshay Anand.  Written by Mahesh Bhatt & Suhrita Sengupta, the cinematography of the movie is handled by Jay I.Patel

Sanju Baba from the 90’s takes us on a nostalgic ride.

The fight against fake baba’s is ON.

This is really scary! Super-excited to find out more about this character.

He means revenge at any cost!

The Sanjay Dutt from today is a “One Man Army” you don’t want to mess with.

Sadak 2 streams from 28th August on Disney Plus Hotstar VIP. 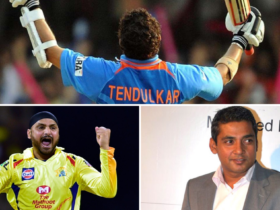